The Chanel Beauty collection for spring 2013 is filled with beautiful pinks and precious plums.  These colors awaken the rosy allure of spring.  This fresh seasonal palette was inspired by Gabrielle Chanel’s codes for simplicity and sophistication - spring blooms & love.  Shop the full makeup collection here or visit our Chanel boutique at Highland Park Village. 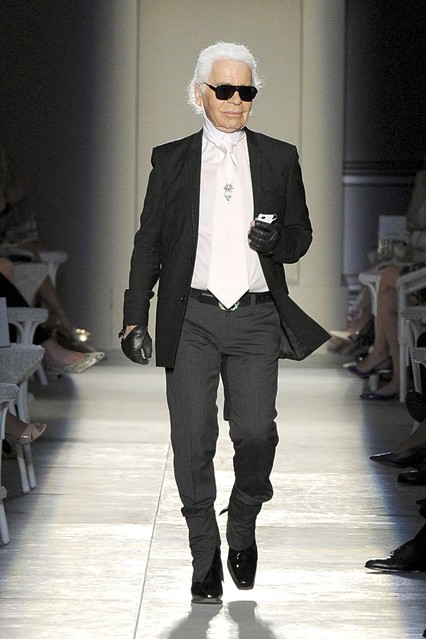 Yes, you read it correctly. Mr. Lagerfeld himself (Chanel royalty) announced that he plans to host a fashion show in Dallas. To him, it’s the best fit to follow the recent pre-collection show he held in Scotland this past December.

So, what made Karl Lagerfeld choose Dallas as the next spot? “To do the opposite, next time, in a year, I will go to Dallas,” said Lagerfeld. “You know why? First of all, I love Texas. I love Texans. There’s another reason. When Chanel reopened, the French press was beyond nasty. The only press that understood it immediately was the American press - so I think it’s a nice thing to go there.”

To learn more about the show and why we shouldn’t expect to see a memoir from this esteemed fashion designer, check out the full article on the British Vogue website here.