Our stores will be closed on Thursday, December 25th. Please contact our management office at 214.443.9898 to inquire about our gift cards. Have a wonderful weekend and we hope to see you here at Highland Park Village! 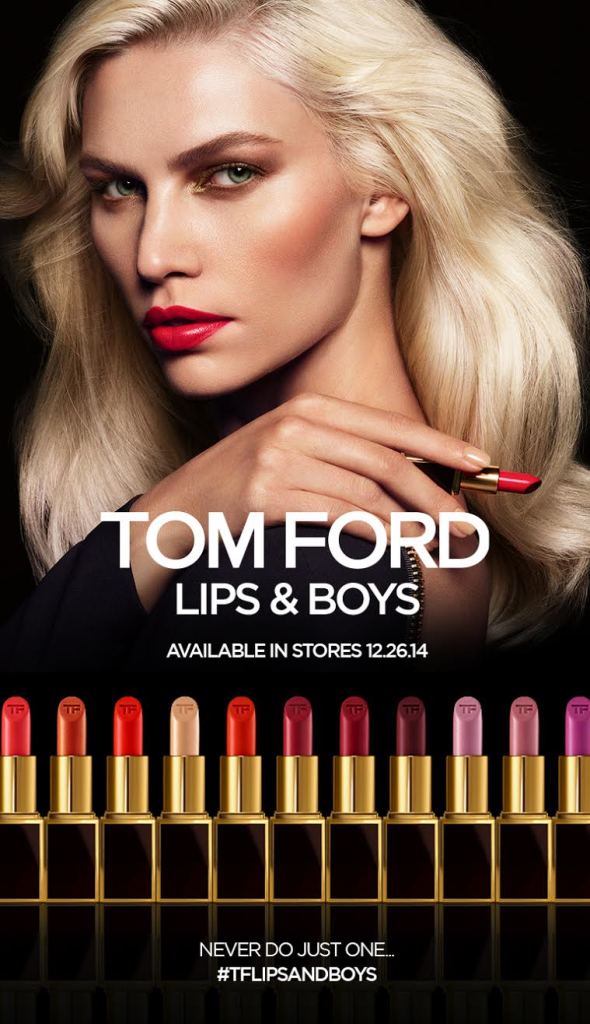 Tom Ford presents Lips & Boys, a first of its kind collection of lip colors named for the men he admires, from intimates to collaborators to men he finds inspiring. Showcased in a sleek limited edition miniature lipstick case that is compact enough to fit inside the smallest of clutches, each lip transforming shade, from James to Henry and Stavros to Francesco, amplifies a woman’s individuality while generating an insatiable desire to try more than one. 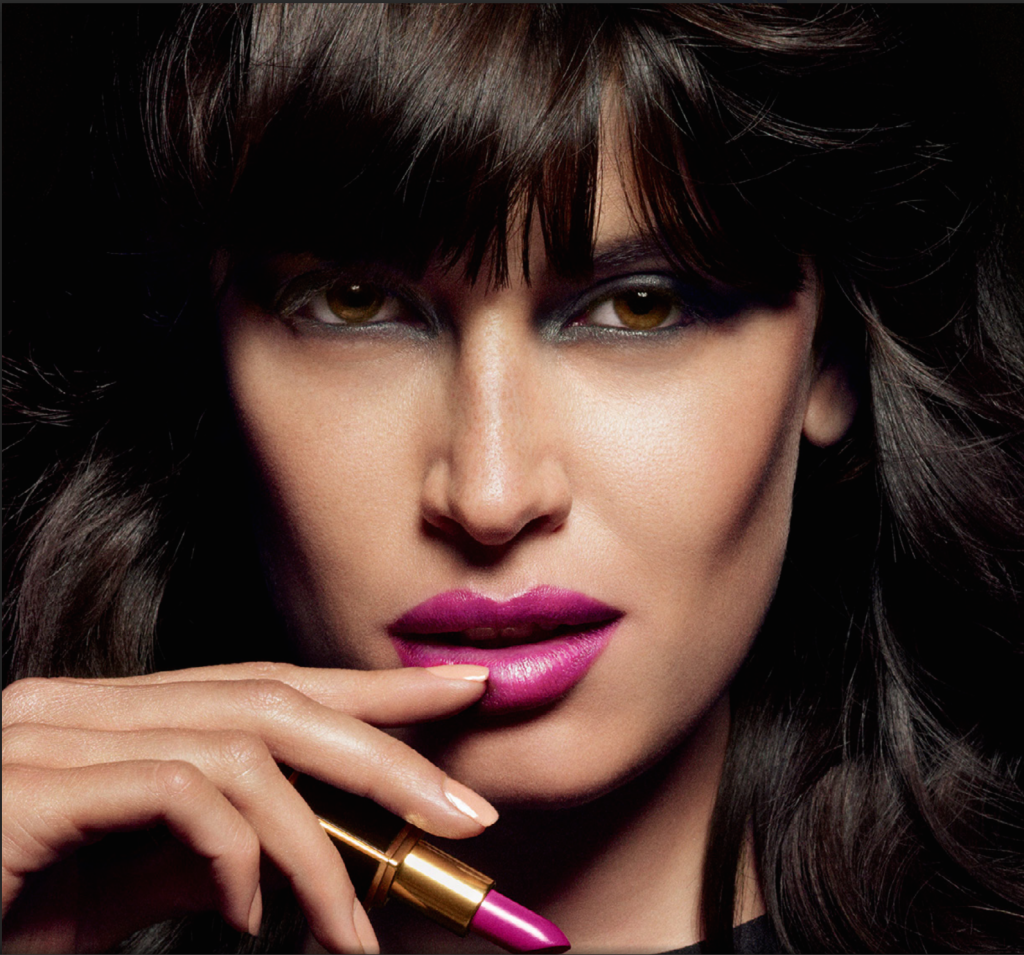 Dec 17, 2014 By Highland Park Village in Shopping No Comments

Roberta Roller Rabbit is offering 20% off kids pajamas!  See the variety of prints offered and learn more about this special holiday sale here.

Dec 16, 2014 By Highland Park Village in Shopping No Comments 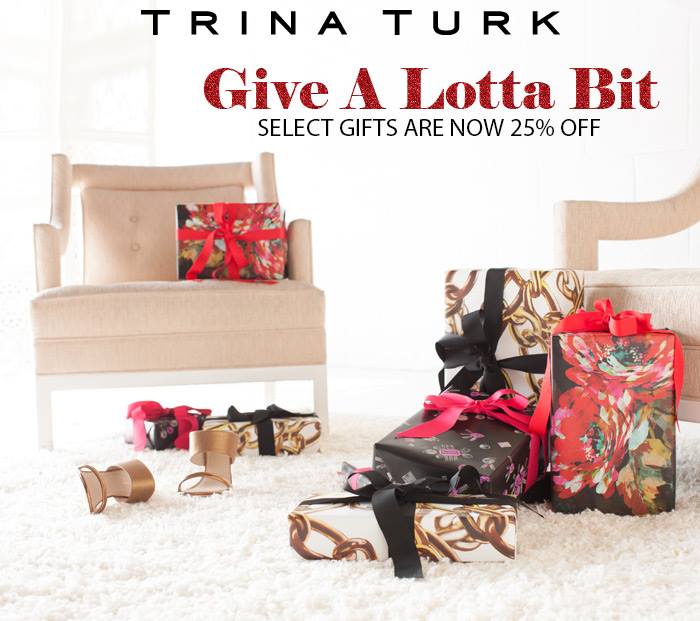 Select gifts at Trina Turk are now 25% off. Stop by the boutique this week for last minute gifts or to add a few extra items to your own wish list.  Get inspired here. 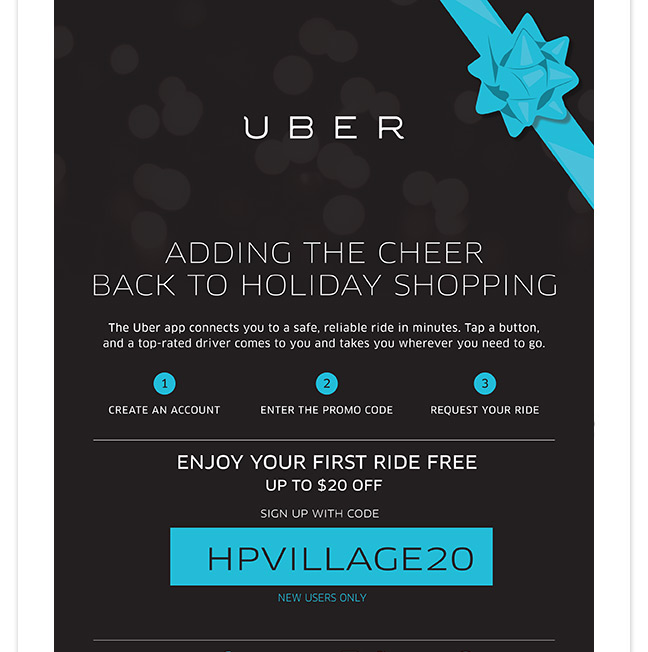 Looking for a unique gift this year? Add the cheer back to holiday shopping! The Uber app connects you to a safe, reliable ride in minutes.  Tap a button and a top-rated driver comes and takes you wherever you need to go.

Enjoy your first ride for free (up to $20 off) with the code: HPVILLAGE20

The Kiss and Tella Challenge 2014

It started in 2012, Stella feared the worst for New York City when Hurricane Sandy hit. She felt helpless watching the news and asked, “What can a KID do to help?!”

Her answer: cut down mistletoe, decorate it with bows and bells and sell it in the front yard. Her first stand sold out in thirty minutes. “Mistletoe is PURE PROFIT!”, she overheard someone say and indeed it was. By the time Christmas rolled around, Stella had raised $2,034 and had a check for the American Red Cross headquarters in New York City. After delivering the check in person, Stella learned first hand how the Red Cross disaster relief teams help people in need. She was invited to Brooklyn, meeting fire fighters who had saved entire neighborhoods, while their own homes succumbed to Hurricane Sandy. They thanked a kid for helping.

This year, the kids are back again selling mistletoe this month. And, 100% of the proceeds from the 2014 Mistletoe stands will go to the North Texas Food Bank! Did you know that One dollar feeds THREE meals at the Food Bank? Won’t you come and see the kids in the red hats at a stand this December? Or JOIN in the Kiss-and-Tella challenge! Help Stella and Quinn and gang reach their GOAL to feed 30,000 people with the help of the North Texas Food Bank.

Don’t Miss Your Family’s Holiday Tradition – A Christmas Carol is Selling Out! 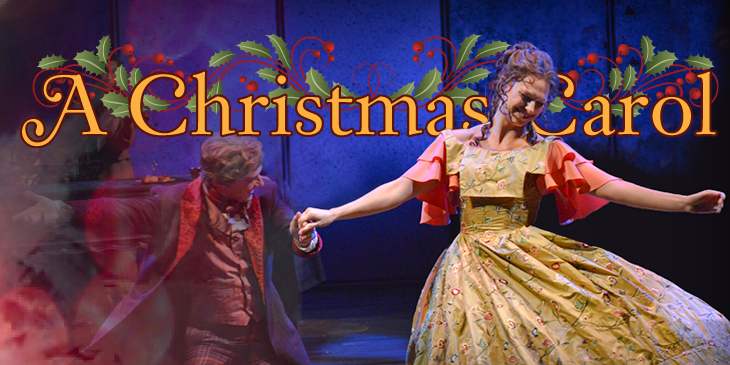 Last year 26 performances were sold-out! Buy your tickets today! Use code ACCINSIDER when purchasing your A Christmas Carol tickets for your chance to win a 2015-2016 DTC Subscription!

‘Tis the season to be jolly, when last season’s sold-out, family-favorite, holiday production of A Christmas Carol returns to the Wyly Theatre. In this delightfully re-imagined take on Dickens’ enduring classic, featuring Chamblee Ferguson as Ebenezer Scrooge, the audience is surrounded by the actors, with magical ghosts flying above, scary ghosts bursting out of the floor, and snow falling on everyone. Full of traditional Christmas hymns and songs in fresh, toe-tapping musical arrangements, joyful bursts of choreography, and eye-popping special effects, A Christmas Carol is Dallas’ newest “must-see” holiday tradition. Appropriate for families. Recommended for ages 8 and above.

This post is sponsored by the Dallas Theater Center. 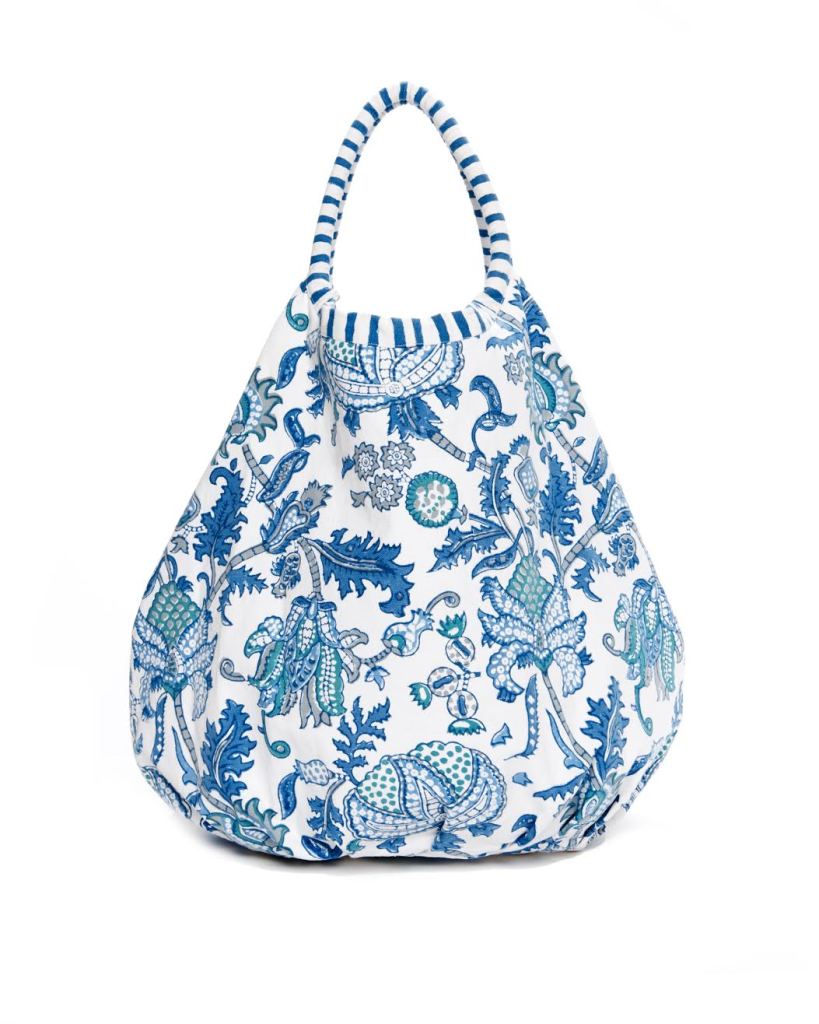 You’ll be one of a kind with this unique block print beach bag - the Bondi Beach Bag Amanda. Practical and modern, the Bondi Beach Bag has an oversized relaxed shape and large comfortable handles to keep you looking chic from surfside to sundown. Perfect for holiday gifting or for your own holiday beach getaway!  Shop this piece at Roberta Roller Rabbit at Highland Park Village. 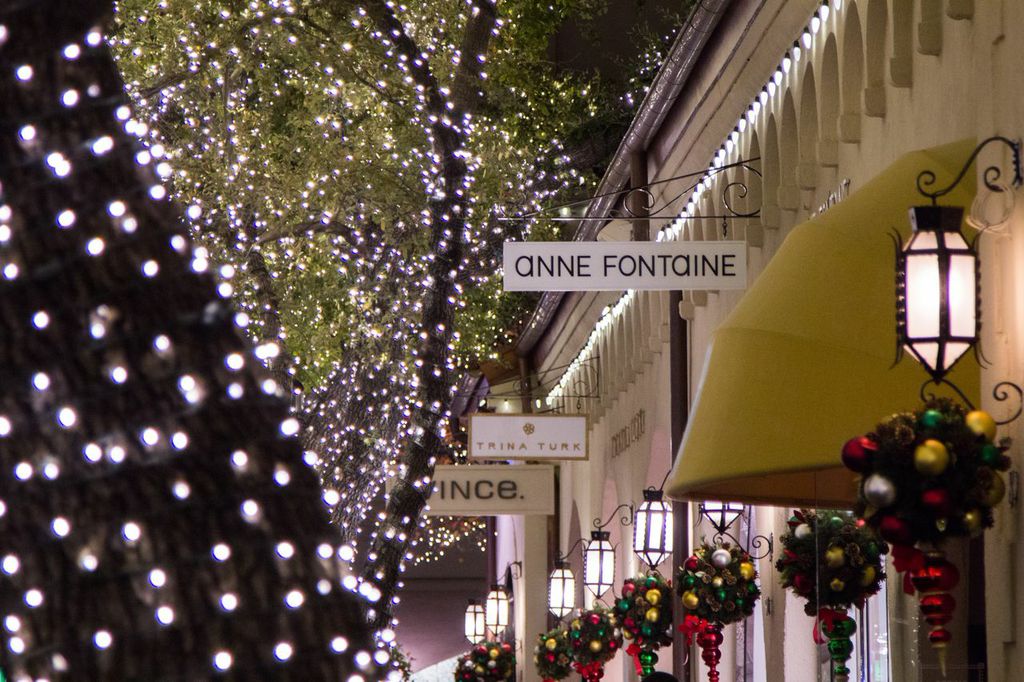 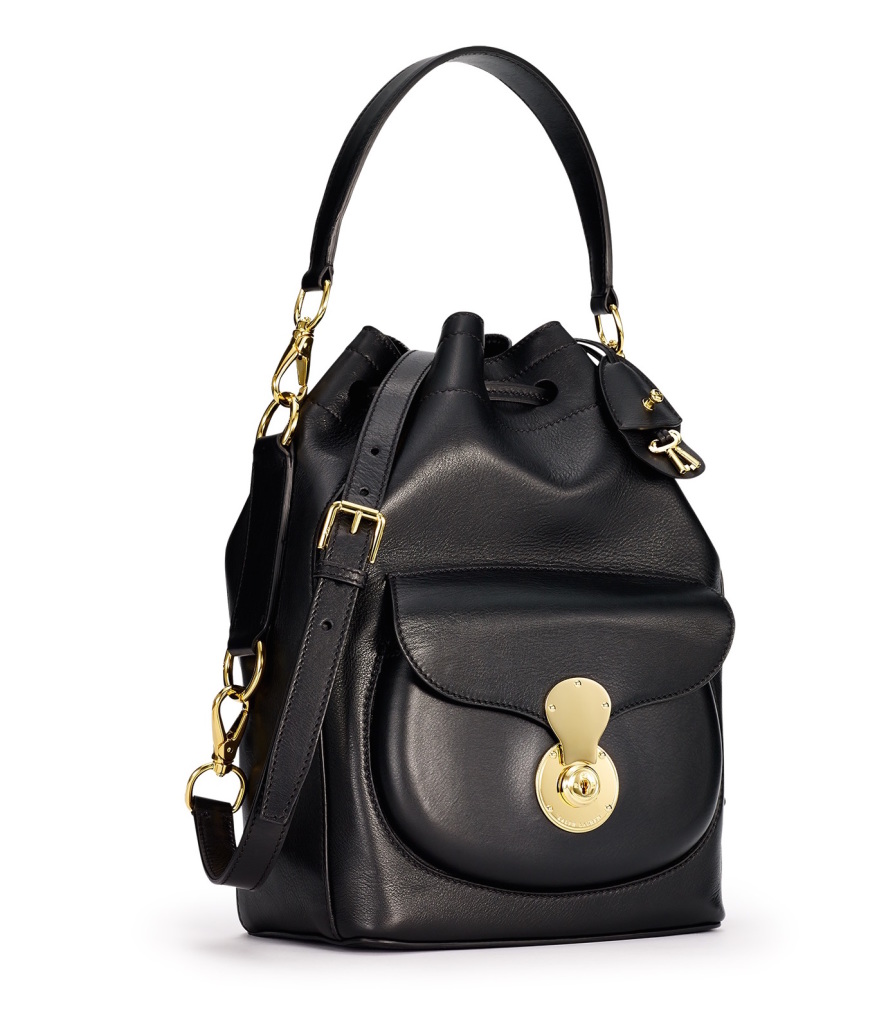 Now available for pre-order from Ralph Lauren: The Ricky Drawstring Bag is crafted in Italy from ultra-soft nappa leather and features a cross-body strap and drawstring closure, allowing for versatile wear. This sophisticated lightweight bag is designed with our custom logo-engraved signature lock. Pre-order it now in four colors from the Highland Park Village store.